People who have died still live on through their handwriting. So you can find out what those who have helped shape history or your ancestors were really like. Having their handwriting analysed is the only way to obtain an answer. Graphology reveals their personality as well as their emotions and unconscious anxieties.

None of us have an accurate vision of our ancestors or who they really were. All we have is the stories we have heard about them. The most obvious way of finding out is to analyse the writing of our ancestrors through letters or written documents which will enable us to grasp their true personality.

This is very important. Imagine you have been compared to "your awful uncle Fred" through having similar facial features or through having been named after him. Discovering true aspects of his personality will enable you to understand why he was so awful. It will also help you not to become like him.

This is particularly true if you have writings from different periods of your ancestors' lives. It is VERY important to know the real truth beyond the family tales. We need to know exactly who our ancestors were to become different from them and become ourselves.

The handwriting of Horatio Nelson

This recent article in the Guardian describes my analysis of two samples of historical handwriting, one by a right-handed man aged 36 and the other by a left-handed man aged 46. Unknown to me both were written by the naval commander Horatio Nelson, one before and one after he lost his right arm in 1797. 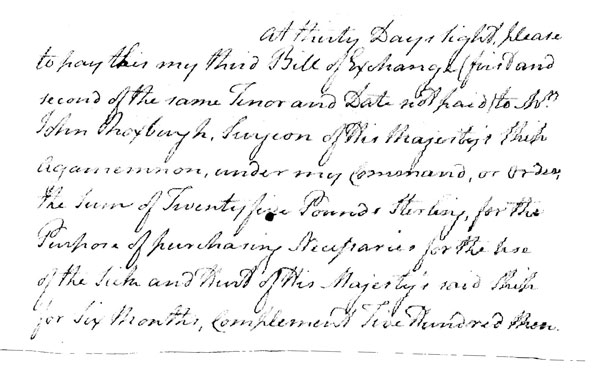 The writer likes to be busy and may over commit himself at times. But he can leave projects hanging and finish them at a later date. He may have to write himself notes each day reminding himself of what must be done.

The writer likes to know what is going on without searching the facts. He likes to think things out slowly and logically and has some ability to sift and sort information and discard what is irrelevant. The writer can see new and better ways of doing things which will prevent him from getting in a rut. He is factual rather than being interested in ideas or theories. He sets himself sensible targets and works well under attention. His straight forward approach is an asset in social and business relationships.

The writer prefers his own ideas to those of other people and is aware of the importance of his job. Consequently he will always give of his best. The writer has no difficulty in telling other people what to do.

He is able to arrange things in an orderly manner which helps him get things done efficiently. He likes to get things right first time so may well take a bit longer in completing tasks to avoid making a mistake.

The writer surrounds himself with a small clique of handpicked friends where he feels comfortable. He is quick to notice a difference in opinion and will feel the necessity of explaining his side.

The writer is assertive and is not afraid to take responsibility. He can direct people without being overbearing. He has a good memory and an eye for detail. He will, therefore, remember an emotional experience down to the last detail.

The writer comes straight to the point when dealing with people and likes the same in return. He can be relied upon to express how he thinks and feels which enables people to trust him.

The writer can arrange things in an orderly manner which helps him to get things done efficiently. He can do or present things in a new and interesting way.

Although the writer has many acquaintances his friends are trusted but few. He does like some variety and change. The past has left its mark with the writer.

The writer will work hard to get a job done today. He is likely to work in short bursts at long term projects and will probably ask someone to finish a job that goes on for too long. He may sometimes put off doing something that can be left until tomorrow.